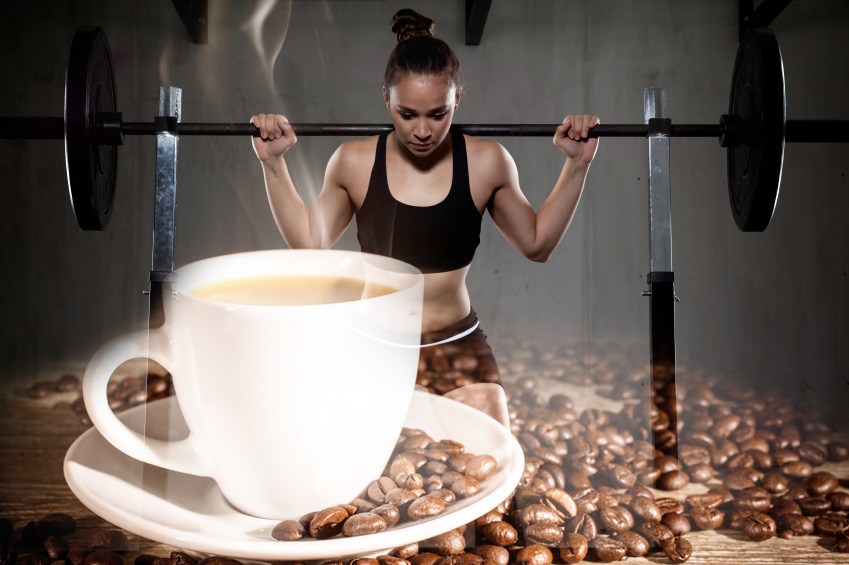 Ask anyone and most people will tell you they love having a big cup o’ joe in the morning. Call it a habit or everyday thing but I’m sure people would agree on the importance coffee has in our lives.

I work in an office where everyone drinks on a daily basis. When I first started my job I could barely think, do work, or even function without my morning cup of coffee. It was as if I was a car and coffee was my field to keep me alive. If you’re like me always looking for an excuse to drink coffee, then I have 5 good health benefits of drinking coffee for you.

This one is a given. The caffeine in your coffee will help give you a jolt out of that morning groggy feeling and make you feel less tired. Once you drink your coffee and the caffeine is absorbed into the bloodstream in the brain, caffeine blocks an inhibitory neurotransmitter called Adenosine. 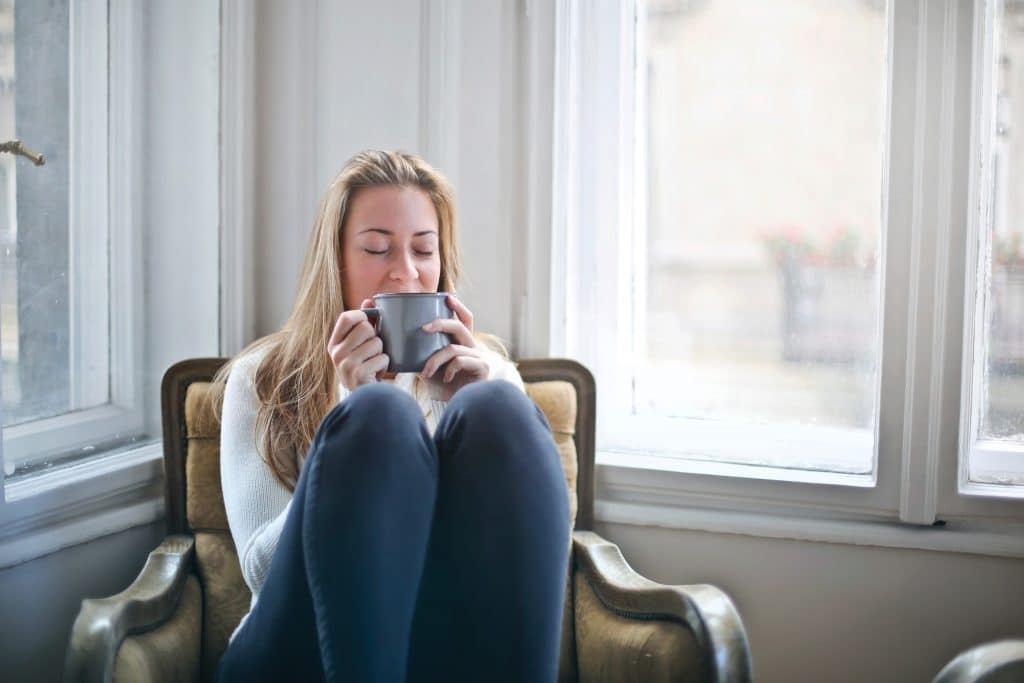 Caffeine is known to boost the effects of the neurotransmitters serotonin, dopamine and acetylcholine. Dopamine, for example, is known to affect levels of concentration. It blocks adenosine receptors in the basal forebrain, which when not impeded, are what typically signal the brain when it’s time to go to bed. Caffeine also increases the release of catecholamines (such as adrenaline) via the sympathetic nervous system, which among other things can make your heart beat faster, send more blood to your muscles and tell your liver to release sugar into the bloodstream for energy.

Caffeine can help muscles to contract by encouraging the sarcoplasmic reticulum in muscle fibers to release calcium ions, and it reduces the percentage of maximum exertion that a given exercise requires, to name just a few effects. Increasing circulating and intracellular substrate availability, or fuel for the muscles, occurs in response to changes brought on by caffeine and may help to explain the perception of reduced exertion during exercise, and once again confirm the importance of coffee.

Research also shows that the amount of caffeine we consume matters. Consumption of 3 milligrams of caffeine per kilogram of body weight (about one to one and a half cups of brewed coffee) appears not to produce some of the energizing effects, and as much as 6 mg/kg may be needed. That’s a lot of coffee, especially for women, considering that high caffeine consumption is linked to greater bone loss. On the other hand, depending on your family history, with caffeine consumption linked to a reduced risk of Alzheimer’s disease, Type 2 diabetes and Parkinson’s, it may feel like a bargain that works in your favor. 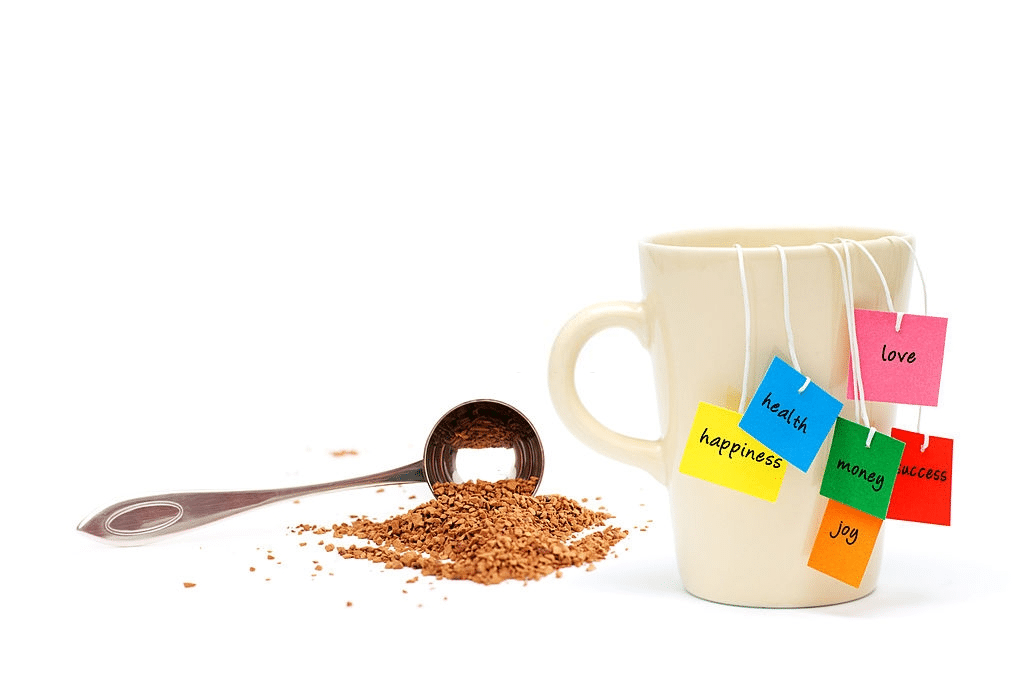 How much caffeine you consume is a personal choice. As with so many other small decisions we make about our health every day, research doesn’t have all the answers yet and being self-aware about the benefits we get from caffeine and understanding the potential downsides gives us our own our best solution.

Sign me up. Caffeine is found in almost every commercial fat burning supplement and it’s because it’s one of the rare natural substances that aids in fat burning. That’s right, a natural fat burner. According to Authority Nutrition, “studies show that caffeine can specifically increase the burning of fat, by as much as 10% in obese individuals and 29% in lean people.”

Want to know how Coffee can Increase Weight Loss?

Caffeine stimulates the nervous system, which sends direct signals to the fat cells to tell them to break down fat. Another thing that caffeine does is to increase our blood levels of the hormone Epinephrine, which is also known as Adrenaline. Epinephrine travels through the blood, to the fat tissues and send signals to break down fats and release them into the blood. This is how caffeine helps to mobilize fat from the fat tissues, making it available for use as free fatty acids in the blood.

Think drinking your coffee is a waste of empty calories? No way. By drinking your morning coffee you’re not only getting that sweet (or bitter), fresh roasted taste, but you’re getting riboflavin, pantothenic acid, manganese, potassium, magnesium, and niacin.

According to the research done for Nestle by polling organization, YouGov, while 40 percent of the 2027 respondents thought red wine as a better solution as an antioxidant than coffee, this could not be further from the truth. 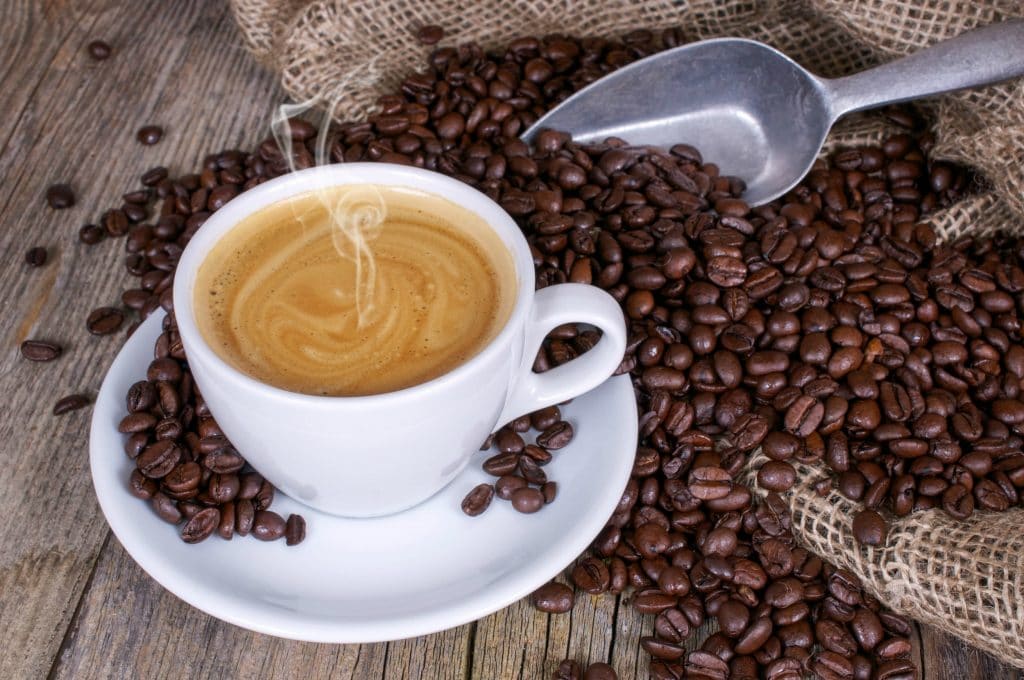 According to a 2010 study led by researcher Perez Jemenez.J, for every serving of 200 ml of soluble coffee, there is about 387 mg of antioxidants’ benefits. The findings, Identification of the 100 richest dietary sources of Polyphenols, established that red wine, on the other hand, served about 269 mg of the same benefits per 125ml serving. The difference may be little when the two are served in equal portions but a difference nevertheless.

4. It reduces your risk of dying. Don’t underestimate the importance of coffee.

That sounds incredibly dramatic, but here are the facts—A National Institutes of Health – AARP Diet and Health study of more than 400,000 people found that male participants drinking even just one daily cup reduced their risk of death by 6%.

Drinking either two to three cups or six or more cups reduced the risk by 10% during the timeframe of the study.

5. It reduces your risk of getting Alzheimer’s.

Alzheimer’s disease is nothing to be messed with. The incredibly debilitating disease is the leading cause of dementia and the most common neurodegenerative disease in the world. For preventative care, eat healthy, exercise, and drink coffee. Don’t believe me?

“Several studies show that coffee drinkers have up to a 65% lower risk of getting Alzheimer’s disease,” according to Authority Nutrition. 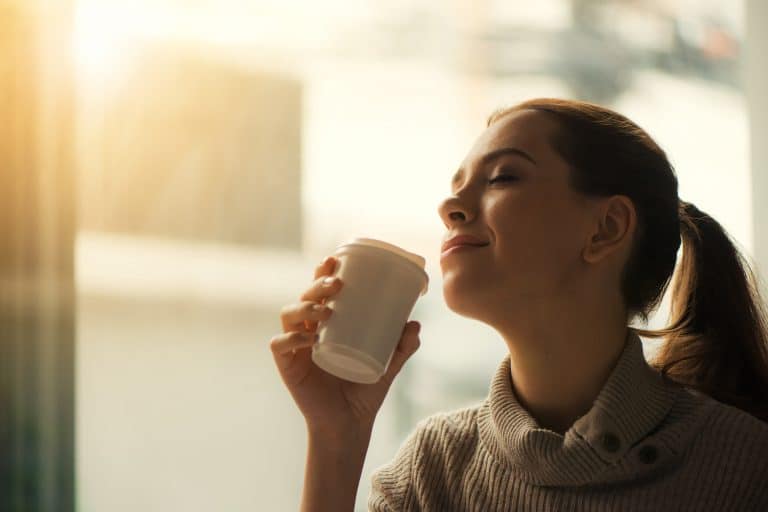 Coffee Decreases Mental Health Issues Here we have discussed and identified some factors on, How coffee helps us to decrease mental health issues. So stay with us and read the post. Let us know what is your thought? 1. Coffee and Depression – Caffeine has positive effects on depression Medical studies (https://www.medicalnewstoday.com/articles/270202.php) of the relationship… 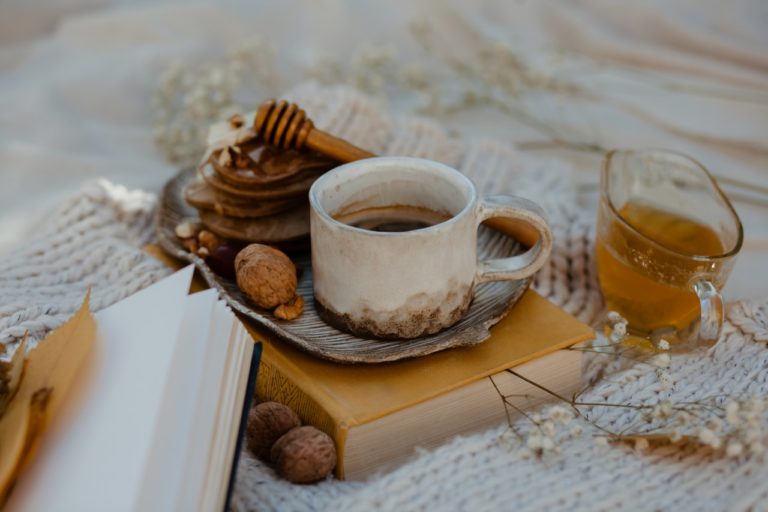 Since coffee is hugely popular these days, people have been inventing new ways of consuming this delicious and, above all, indispensable drink. The number of coffee recipes rises daily. Apart from drinking coffee while eating cookies, which is probably the most common coffee dessert, people are starting to add new ingredients and extracts.  We have… 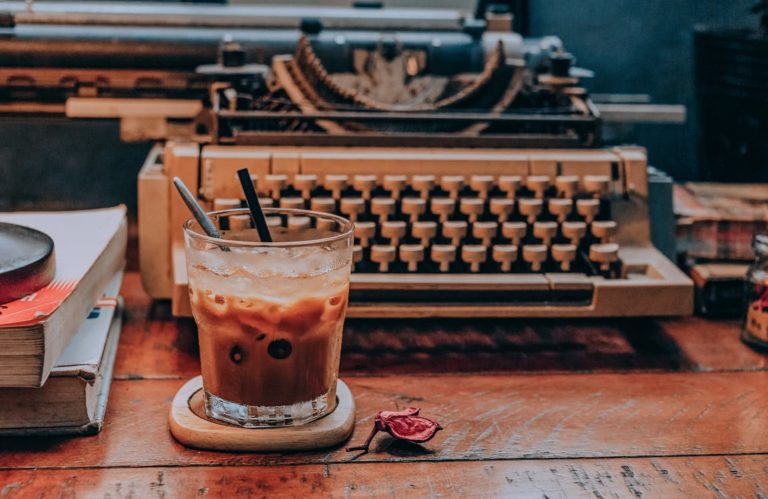 Cold Brewed Coffee is one of the most refreshing and delicious beverages, although it has only recently become popular in the US. There is still confusion about the preparation methods and origins. In this article, we will try to explore the best ways to make Cold Brewed Coffee, giving information on ingredients, preparation time, and… 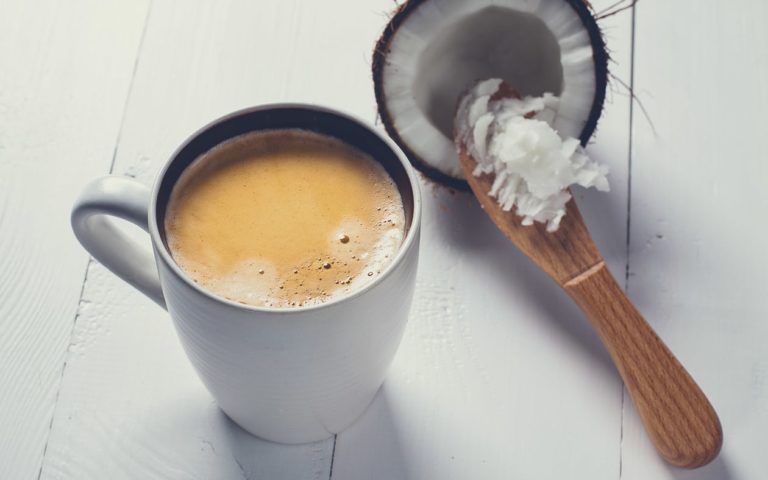 Coconut oil is an essential ingredient in many kitchens. You can add it to your salads, cook with it or even have it raw straight out of the jar. What’s more – you can drink it in your coffee. Drinking coffee is becoming more and more popular around the world. Many ask why. We live…

If you have any questions, comments, or concerns, please contact us. We are here to make sure your coffee experience is always the best!

Subscribe to our list and join thousands of other coffee lovers!
Get the scoop on discounts plus news and tips for making great coffee.

This website uses cookies to improve your experience while you navigate through the website. Out of these cookies, the cookies that are categorized as necessary are stored on your browser as they are essential for the working of basic functionalities of the website. We also use third-party cookies that help us analyze and understand how you use this website. These cookies will be stored in your browser only with your consent. You also have the option to opt-out of these cookies. But opting out of some of these cookies may have an effect on your browsing experience.
Necessary Always Enabled
Necessary cookies are absolutely essential for the website to function properly. This category only includes cookies that ensures basic functionalities and security features of the website. These cookies do not store any personal information.
Non-necessary
Any cookies that may not be particularly necessary for the website to function and is used specifically to collect user personal data via analytics, ads, other embedded contents are termed as non-necessary cookies. It is mandatory to procure user consent prior to running these cookies on your website.
SAVE & ACCEPT
0
0
Your Cart
Your cart is emptyReturn to Shop
Continue Shopping

Your coupon was applied
you will see your discount when you check out.